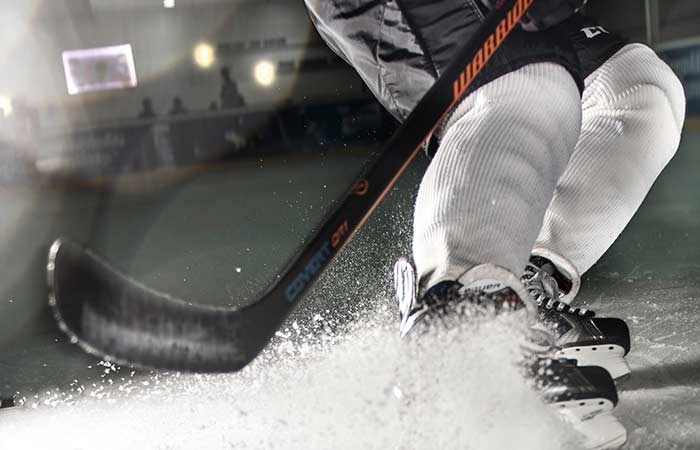 As Cambodia gears up to form its debut ice hockey team, writer Julie Masis takes a trip to meet those responsible for bringing the game to the Kingdom. Photography by Charles Fox.

One of the regular ice hockey players is Sen Bunthoeurn, who admits he is more interested in figure skating than hockey. Bunthoeurn learned to skate two years ago when the country’s first rink opened at Kids’ City after responding to a job advertisement. “When I went to the interview, he asked me, ‘Do you know how to skate?’ I said, ‘No,’” Bunthoeurn recalls. ”And he said, ‘I will give you 15 days to learn ice skating, if you get better, you get the job.’ I passed.” Now Bunthoeurn will be the first to represent Cambodia at an international figure skating competition in Malaysia from Jun. 25 to 28. He will face off against skaters from Indonesia, Singapore, Philippines, Hong Kong and Thailand. While Bunthoeurn loves figure skating, he says his parents, who are farmers, don’t understand his hobby. “When I showed them figure skating on YouTube, they said, ‘It’s magic, it’s not real,’” he says.

A small crowd of Cambodians gather around the edge of Phnom Penh’s new ice-skating rink. Intrigued, they watch on as skaters precariously slide across the ice, clutching hockey sticks as they gently pass the puck back and forth. Meet Cambodia’s first ice hockey players – brought together thanks to the expertise of Dennis Romatz, who was recently hired to start a program for the sport in the Kingdom.  He has also been dealt the ambitious goal of putting a Cambodian national hockey team on the ice in time for the 2017 Southeast Asian Games.

“There is a big difference between skating on the ice and skating like a hockey player,” says Romatz. In hockey, he explains, it’s all about quick starts and quick stops, sharp turns and being balanced.

In May, the Ice Park started offering hockey, and to date about 30 Cambodians have signed up for the Learn to Play Hockey class. Every Monday, they gather at the rink to be put through their paces during tough skating drills which are sometimes headed by coach, Yuri Zhukov , from Kazakhstan. His philosophy is that hockey players’ skating should be so good that they almost forget they are on ice. “Hockey is like football,” Zhukov says.  “You shouldn’t think about your feet at all, you just use them.”

While the team waits for protective netting to be installed around the rink before battling it out on the ice for a real match, players have started learning the skills and moves needed to score goals in what can be a brutal game.

“It looks fun and makes me healthier and my body stronger,” says Sen Bunthoeurn, 25, who is wrapped in four shirts and two pairs of pants to stave off the cold of the ice.  “I want to be the first Cambodian hockey player,” he adds.

Another group putting the new rink to use is a group of about 20 expats who for the last few years have played their favorite game as the Cambodian Hockey League on tennis courts in Phnom Penh instead of ice, substituting balls for pucks and sneakers for skates. The expats recruited five Cambodians to the game, including two women. They recently returned from their first international competition in Thailand, where they landed third place.

But when the ice rink at Aeon, which is larger than the other offering at Kids’ City, opened, the expat players started bringing their  skates and protective gear from Canada, America, Slovakia, Russia, and Kazakhstan – and are looking forward to playing hockey on ice.

Romatz says he is currently putting the finishing touches to the rink, installing goalie nets, and a protective net – as well as opening a pro-shop selling skates, helmets, and protective items.

While most of the hockey gear needs to be ordered from overseas, some of it  comes from Cambodia. Zhukov says he recently realised his hockey jersey, which he purchased online on TotalHockey.com, had a “Made in Cambodia” tag on it.

“It says, ‘Designed in Canada, made in Cambodia,’” he says, amused. “I realised it when I was in Kazakhstan. Now the jersey came back to the place where it was born.”